Released in Ladakh Festival at Leh

The Coffee Table Book, Ladakh – the pristine beauty, Visual musings by Furqan Khan was released by the Chief Guest Honourable Tourism Minister, J&K Shri Ghulam Ahmed Meer at the Ladakh Festival in Leh on 20th September, 2013. Initially Honourable Chief Minister Shri Omar Abdullah was to inaugurate the festival and release the book but his visit was cancelled due to some unavoidable circumstances. However he was kind enough to write FOREWORD for this book. Among other present were Shri Nawang Rigzin, Honourable Minister for Urban Development and Shri Rigzin Spalbar, Honourable Chief Executive Councellor, LAHDC.
It was a satisfying moment for Mr. Furqan Khan that his Guru Shiresh R Karrale was also present in the function. 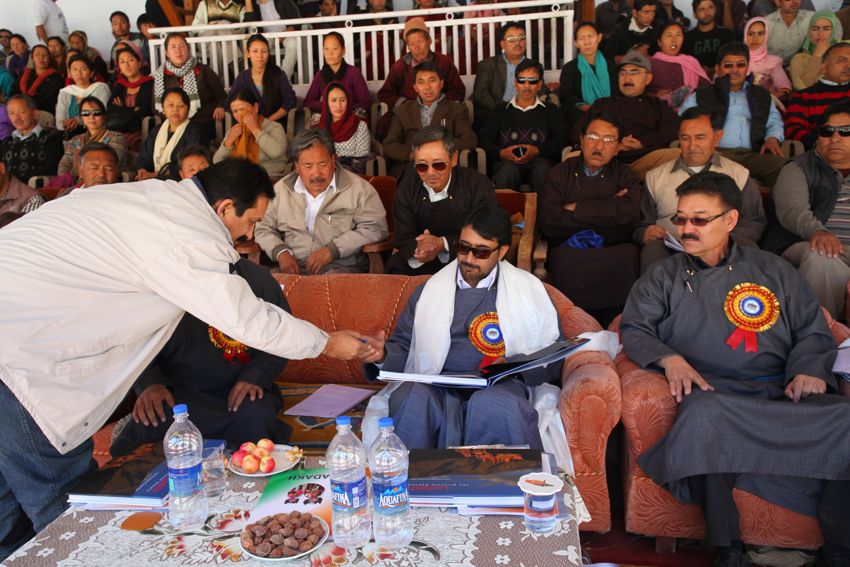 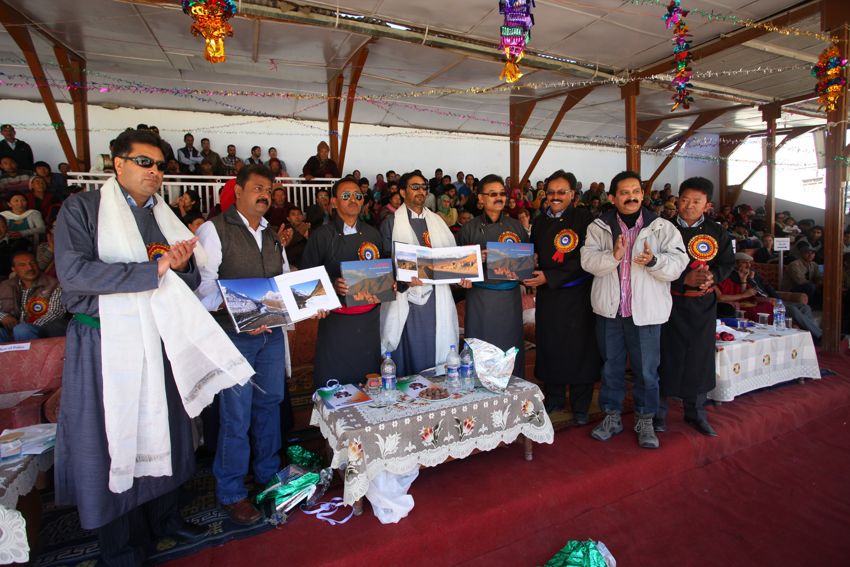